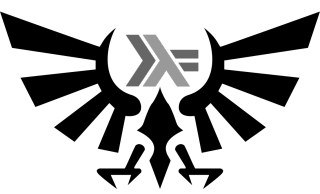 To start learning the basics of Selda, let's dissect the example from the front page of the website, and use it to illustrate the core concepts of the Selda library.

After reading this chapter, you will be able to define and create tables, insert new rows, and perform simple queries against those tables.

We start off by declaring the language extensions we'll need to use, and importing the core Selda library and the SQLite backend. Database.Selda houses the Selda DSL itself, whereas Database.Selda.SQLite allows us to run Selda programs over SQLite databases.

The DeriveGeneric extension lets us derive the Generic type class, which is important since Selda uses generics heavily to map Haskell types to database tables. OverloadedStrings is not strictly required, but highly recommended to reduce boilerplate when working with Text fields. OverloadedLabels is used to specify field selectors, which will be explained in greater detail a few paragraphs down.

Here, we declare a Pet enumeration type, to represent the various types of pets one might have. Selda is able to map enumeration types — any type implementing Enum and Bounded — if we just add an SqlType instance for it. In this case, we also derive Show and Read which automatically gives us the appropriate conversions between our Pet type and its database representation.

The SqlType type class denotes types which are representable as a single database column. These types include various numeric types, Text, date and time types, etc.

Now it's time to create a data type to describe our table. Any product type — a type with a single data constructor — where all fields are instances of SqlType can be used for tables and as results from queries if they implement the SqlRow type class. By deriving Generic for our type, we can use the default SqlRow instance. In fact, you should never need to implement SqlRow yourself.

Once we have the Person type and its SqlRow instance, building a table from it is easy. The table function accepts a table name, and a list of column attributes where things like indexes, foreign keys and other constraints can be declared. Such attributes are specified by linking selectors of the table — such as #name in this example — to various attribute definitions. In our example, we want to specify the name field as the primary key of our table.

Field selectors work by passing the name of a plain Haskell record selector, using the OverloadedLabels extension, to the field function as a type, which then performs some type-level magic to ensure that the selector is valid for the row we want to use it on. If this makes your head spin, don't worry; the only thing you need to remember about field selectors is #-sign + record selector = field selector.

There also exists a handy function selectors, which generates all selectors for some table in one go. In fact, since the #... syntax requires the presence of an actual record selector, using selectors is the only way to define selectors for non-record types, such as (Int, Int) or data Foo = Foo Text Bool Double.

To run a Selda program, we need to specify a database to run it over. In our example, we use the SQLite database and specify people.sqlite as the file in which our database will be stored.

Selda computations are written in some monad which implements the MonadSelda type class. For most Selda programs — including our example — the built-in SeldaM monad is just fine. Unless you really want to, you'll never need to bother with implementing a Selda monad of your own.

Before we can store any data in a table, we need to create it. The createTable function will attempt to create its given table, and throw a SeldaError if the table already exists.

Once we've created our table, we use insert_ to insert three rows into our newly created table. Each row is represented by a plani Haskell value of the table's type.

The main meat of the Selda library is, of course, queries. Within a Selda computation the database can be queried using the query function, which takes a query computation as its input.

Queries are written in the Query monad, which is parameterised over a scope parameter s. This parameter ensures that queries are always well-scoped (i.e. do not access columns which are not in scope). While this parameter makes type errors more complicated, it is a necessary evil as it lets us reconcile the differences in scoping between SQL and Haskell in a safe and (more or less) elegant way.

The select function is used to draw data rows from a table. In this example person has the type Row s Person, and represents a single row from the people table.

The columns of a row can be accessed using the table's selectors. The syntax for this is row ! selector. The column thus obtained can then be arbitrarily used in expressions.

In this example, we use the restrict function (roughly equivalent to SQL WHERE) to filter out all persons who have an age lower than 18.

Once we're done fetching rows and filtering, we can return any number of rows or columns, grouped together as an inductive tuple — one or more values separated by the :*: data constructor.

Whatever we return from a query will, upon execution, be converted to the corresponding Haskell type and returned from the query call we just returned from.

In this particular example, the name field of the person table has type Text and the pet field has type Maybe Text. From this we can deduce that the query has type Query s (Col s Text :*: Col s (Maybe Text)), meaning that the type returned back to Haskell land will be [Text :*: Maybe Text].

To verify that this whole example works as advertised, we print out the entire result set of the query. As SeldaM implements MonadIO we can just lift the standard print function into the computation.

Since Miyu is the only person in the table who is under the age of 18, the result set, when printed, should look like this: